IN THE EARLY DAYS

In 1989, Geoff began his golfing career as a touring golf professional. Geoff learned the art and science of playing and competing from professionals such as J.D. Sanderson, Paul Runyan, Dave Stockton, Mac O’Grady, and John Geertsen Jr. He competed in hundreds of golf events and tours in North America.  Notables were the Golden State Golf Tour, The Hooters Tour, the Nike Tour, The Canadian PGA Tour, The Mexican PGA Tour and the PGA Tour of America. He traveled as far north as Vancouver, B.C. and as far south as Ixtapa, Mexico.  After touring for 6 years, Geoff made a career change to golf teacher.

After four years of study, Geoff earned full PGA membership in July 1999. During this time, he won many PGA golf tournaments. At the end of 1998, he earned the distinction of Player of the Year for the PGA – Desert Chapter.

In 1998, Geoff took on a different role at Tahquitz Creek Golf Resort. He became the Director of Sales.  As director, he was in charge of attracting all tournament groups as well as all sales relations within the communities of the Coachella Valley. After two years of successfully growing the sales department, Geoff went back to what he loved…teaching and competing at golf.

In 2000, Geoff became the Director of Instruction for Tahquitz Creek Golf Resort. Geoff successfully established the Player Development Program – a comprehensive program designed to teach all ages and abilities. In addition to achieving a successful golf program in instruction, Geoff rededicated himself to competition. In 2001, He qualified for the Western Regional PGA Club Professional Championship.  In August 2003, Geoff won the Southern California PGA Section Championship with a three-day total of 208, 8 under par. He received 3 PGA Tour exemptions. He competed in the 2004 Bob Hope Chrysler Classic, The Buick Open of San Diego and Nissan Open, in Los Angeles, CA.

In 2004, Geoff created an independent teaching business and moved to Landmark Golf Club in Indio, California and then to SilverRock Resort, in La Quinta, California in 2006.  In addition, Geoff competed as full-time member of The AG Spanos Golf Tour and qualified for the PGANational Club Professional Championship held in Verona New York at the Turning Stone Resort and Casino.

In February 2007, Geoff qualified for and competed in the Northern Trust Open at Riviera CC- part of the PGA Tour. At the end of 2007, Geoff had competed at all levels of professional golf for over 20 years and decided it was time expand his business pursuits.

In 2007, Geoff turned his career down a new and exciting path. In addition, he became a featured columnist for Golf News Magazine, and became the television host of Inside Valley Golf, a golf lifestyles segment airing in the Sunday Night Newscast for KMIR 6 News.  Soon after, he partnered with Tanya McRae to form Amazonia Productions, LLC and to create the new and exciting TV show, called “Spotlight on the Desert” – A 30-minute lifestyle show featuring all the fun things to see, do and experience in the palm Springs area. Featured on the show were local businesses, organizations and events of the Coachella Valley. Geoff was a regular segment host and CFO for the production company.

BACK TO GOLF…A NEW BEGINNING, A NEW HORIZON!

In 2011, like a magnet, Geoff was drawn back to the golf industry. He was recruited by Escena Golf Club, in Palm Springs, California as the Director of Sales and Marketing and Director of Instruction.  After successfully developing Sales and Instruction, Geoff set sail from Escena Golf Club in 2013 to embark on a journey back to into the business of golf instruction and coaching.

Geoff began teaching at the PGA WEST Golf Academy in 2013.  He quickly built a reputation for great teaching and creating a fun atmosphere around learning.  Geoff designed, created and implemented the Player Development Program.  In 2021, he became the official “Director” of instruction for PGA WEST PRIVATE COURSES.  In 2016 and 2021 Geoff was honored to be chosen the Desert PGA Teacher and Coach of the Year and the recipient of the 2016 SCPGA Player Development Award.

Geoff currently conducts golf instruction programs for golfers of all skill levels. His students range from juniors to the experienced golfer. He creates custom instruction programs and physical training based on the student skill level, and desired objectives. He uses state of the art training aids and video/computer technology. If you’re interested in learning from one of the best instructors in southern California contact Geoff Dean, PGA today! 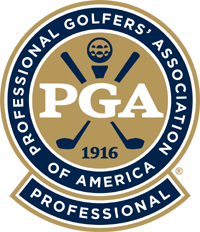